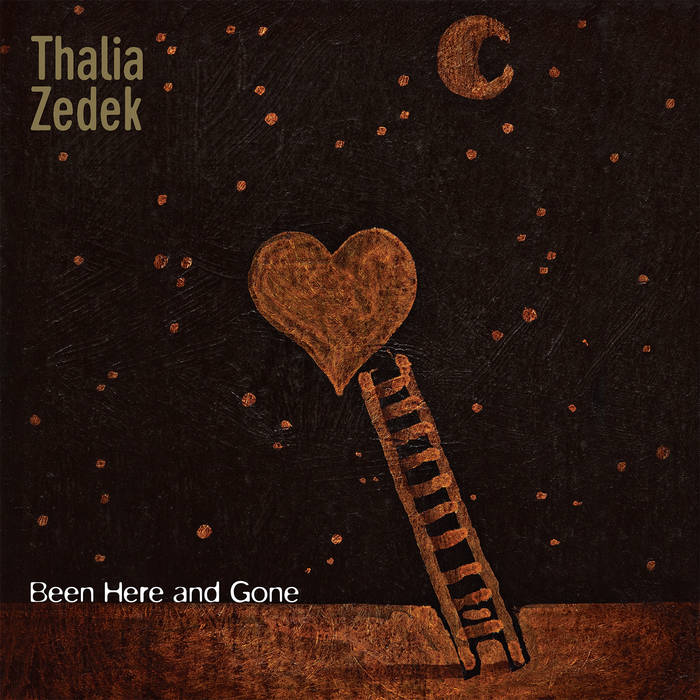 In celebration of the 20th anniversary of the release legendary singer/ guitarist Thalia Zedek’s Been Here and Gone, Thrill Jockey is proud to present the album unlike it has ever been heard before: on vinyl, re-mastered by Sarah Register.

Thalia Zedek has been one of the most enduring rock musicians of the past four decades. From her auspicious beginnings in bands Uzi, Live Skull, and Dangerous Birds to her wider recognition in Come, Zedek established herself as a singular voice accruing accolades from critics and contemporaries including J. Mascis, Kurt Cobain, and Bob Mould. Been Here and Gone, her debut solo release originally released on Matador in 2001 on CD, marked a turning point in Zedek’s music. As Come was coming to a close, Zedek began exploring writing and performing as a solo artist, eventually backed by violist David Michael Curry, pianist Mel Lederman (both of which went on to perform with Zedek for two decades), as well as former Come bandmates Chris Brokaw and Daniel Coughlin. The idiosyncrasies of her voice were laid bare for the first time, revealing an even greater depth to her unique songwriting. The more spacious and rich arrangements sprawl and whisper with powerful vulnerability.

"There was definitely something magical about the making of Been Here and Gone," says Zedek. "I’m not sure if it was because it was made at a studio called Higher Power in a recently desanctified church in Stuyvesant, NY, or if it was because it was the end of a century, not to mention a millennium, the end of a decade of being in Come, the longest running band I’d had up to that point, and the end of 5 years of unhappy breakups and tumultuous relationships in my personal life." The eleven tracks that comprise Been Here and Gone embody that tension of uncertainty with a hopeful edge of renewal. Zedek's indelible resilience lifts even the somberest laments into triumphs. Even on the album's three cover tunes, including a haunting rendition of Leonard Cohen's "Dance Me to the End of Love," Zedek's voice and guitar color every note with raw emotion, making each passing gesture personal. Been Here and Gone channels the thunder and roar of Zedek's past into a fragile magnificence.